(A Japanese Chopin fan, traveling alone to Warsaw, Poland for the first time)
Summary of the day: "Do Widzenia!"
I got up early in morning and jog to Wisła river. 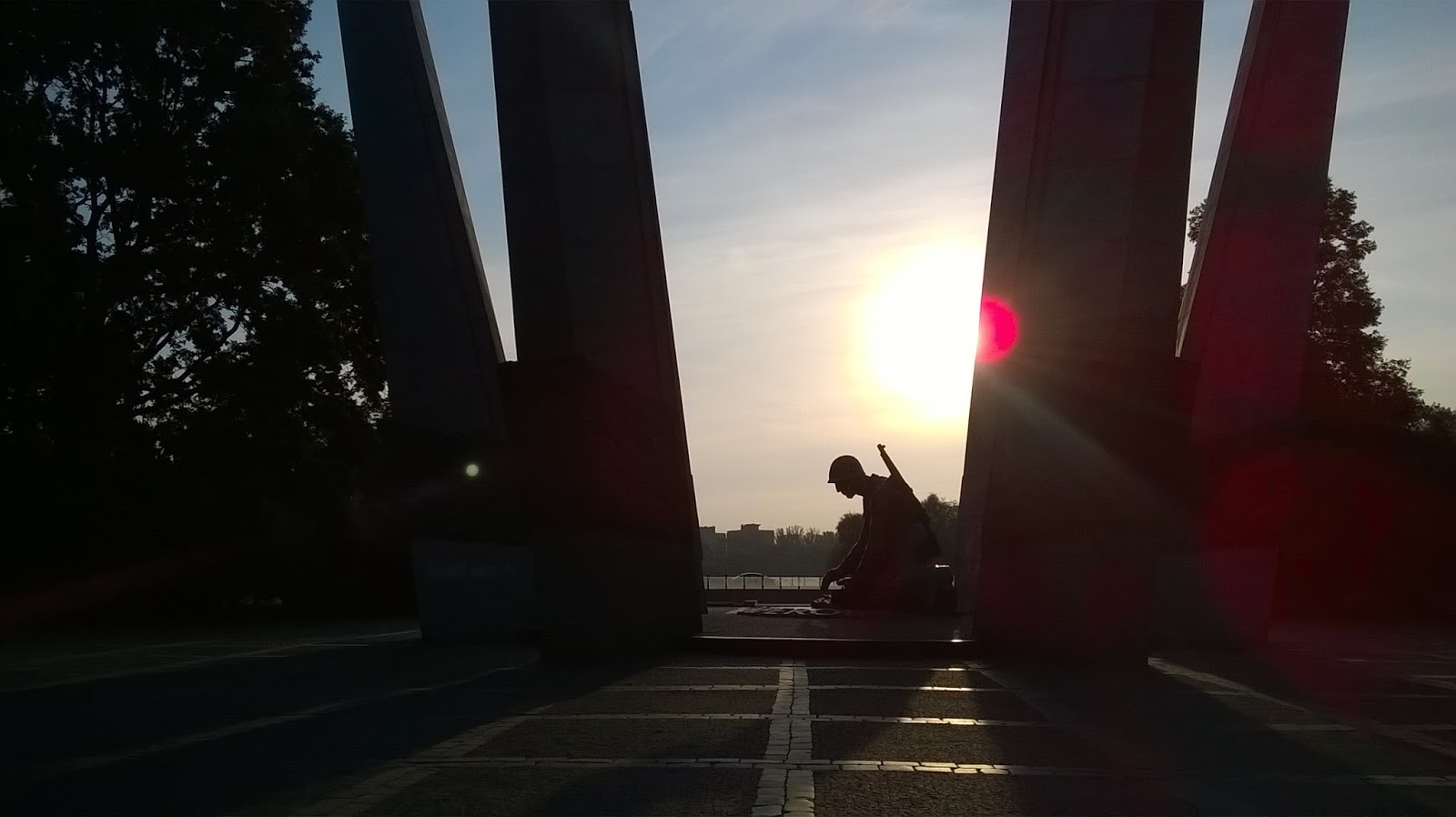 On the way to the river, I met group of people walking dogs, off leash. Since doggies start to chase me, I stopped, "Go to mommy!" Owners are sorry to me, I gestured not to worry. I noticed owners had beer in their hands before 7am. Yay, Satureday!

I ran along Wisła river, but had to turn into town because of the construction.
Luckly, the road I had to turn was the one to Chopin museum, so I did not have to get lost from the early morning.

There were so many of construction going on the city of Warsaw. Construction for the New metro line was happening almost across the city. I would assume they are preparing for next year, 2015, when they get many international guests, happening every 5 years for Chopin intl' competition. 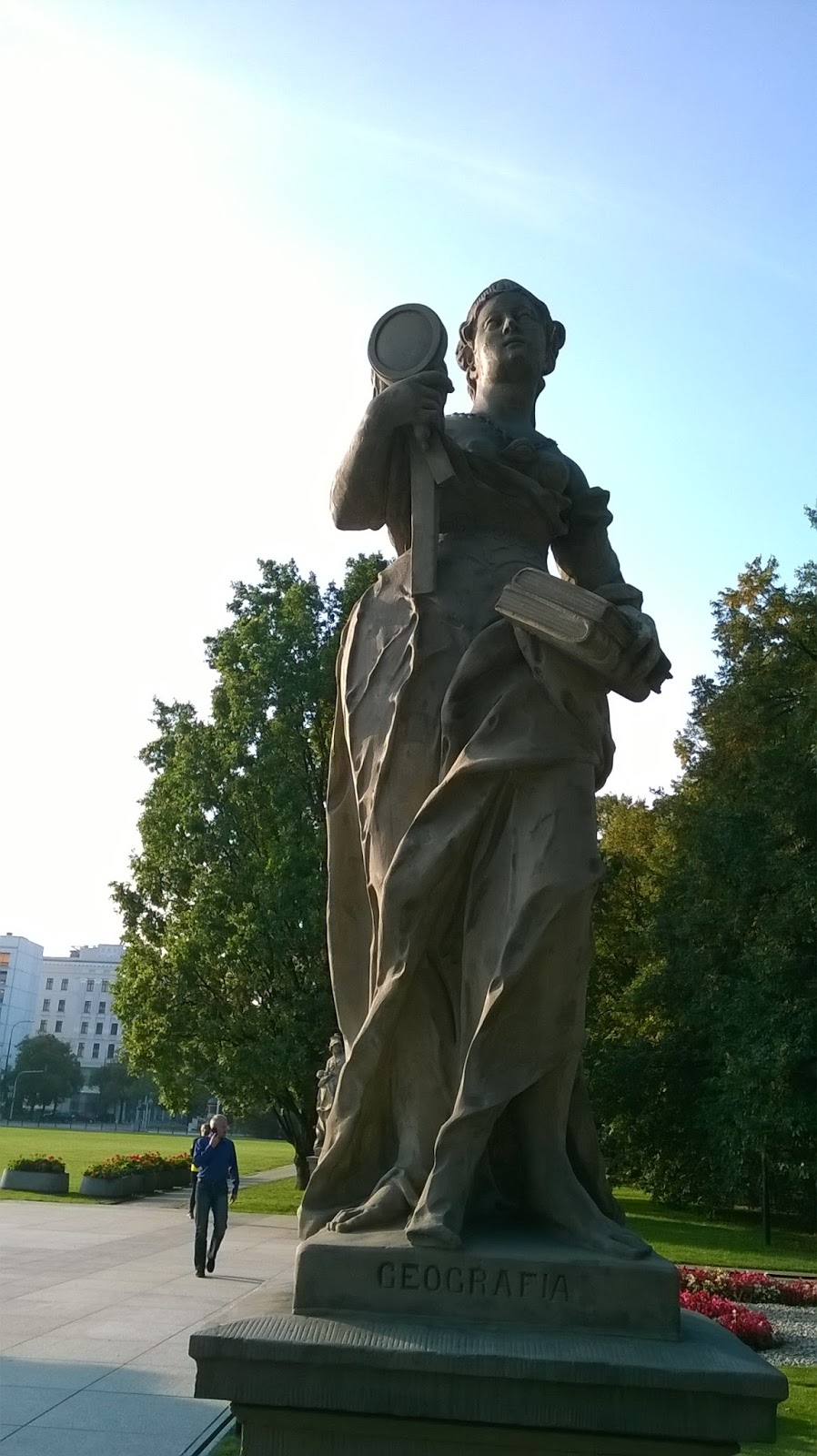 I ran across the old town, and reached Saski Park. When I saw this park a few days ago, I immediately planed to come back there in early morning time. The statue, fountains and the guards to protect the soul or unknown soldier, under the early morning sunlight was beautiful.

After Saski park, I was to go back hotel, but all I know was westbound. I ended up with morning market, I think it was around aleja Jana Pawla and Plac Mirowski, very lively market. I was tempted to get one sausage, but cancel the thought, since I am probably not allowed to bring to U.S. meat products.


For the last day, I visited Chopin museum one more time, saw a street performance in the weekend old town then visited to the Royal Palace.

While enjoying oil paints of historical events and decorative, gothic style furniture, I started hearing piano music from outside. Yes, it turned out, from 4 o'clock, in front of Sigismunds' Monument, piano concert happened in that Saturday. I literary ran out the castle.

The pianist looked like a young gentleman. He played Waltz, Mazurka, Polonaise, a minute Waltz, fantasie impromptu... most Chopin popular songs for 45 minute, including Ballad #1. Then, after 15-20 min rest, he started again with similar set list, but mixed with other favorites, such as Nocturne 9-1&9-2, Grand Waltz and Scherzo#1. He seemed to be a young student studying piano. He did fairly good job, and nice recovery :)  "Fall love with Warsaw" Facebook have his photos from that concert.

I saw the sign indicating another concert happens next to Pomnik Adama Mickiewicza statue at 6pm, so I moved to the place to have a seat in one of the cafe around. The pianist this time was a lady in a bit more senior school grade than the previous gentleman, and I think the introduction announcement said she was student? of Paris Conservatoire. Her set list was shorter, around 4-6 songs, starting Nocturne #9-1, Ballard#3, a minute waltz...  then ending with Polonaise Fantasies. She also did good job, and nice recovery :)

While I was listening her from a seat of nearby cafe, I saw the pianist gentleman previously played
walking down the Krakowskie Przedmieście street by himself. Ahm... could anyone give him ride? 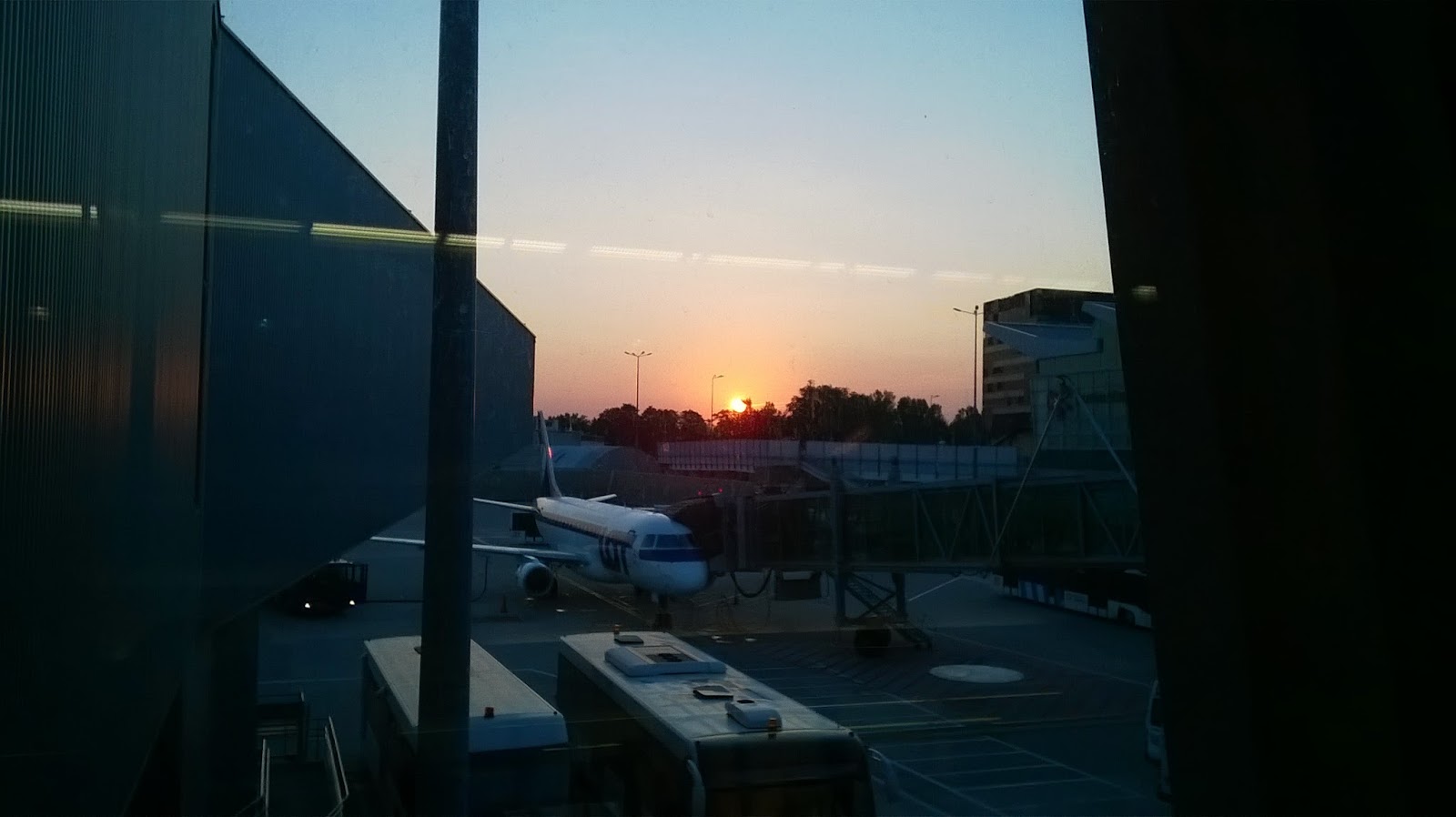 When I went back to hotel, I told the front desk my check out the next day is 4am, and asked them to reserve the taxi to the airport.

All photos from this day is here:

Do Widzenia, Warsaw. I enjoyed and learned a lot in that 7 days. Hard working, modest and polite people with embedded national pride. Deep history and arts based on it. The country loves music. I felt Poland is a lot like Japan.

I would like to come back again next year, hopefully with better language skill :)

October 15, 2021
I started to consider climbing up a mountain in south Alps in Japan, right after I climbed Mt. Yari in 2018 . I could not accumplish that in 2019, due to my broken bone in my left arm. In 2020, the whole South Alps was closed due to Covid-19. This was the long-awaited chance to climb up Mt. Kita. 2018年、 北ア槍ヶ岳を登った 後、南アにも行きたくなった。2019年は骨折で断念。2020年はコロナで断念。今年こそは！と南ア北岳にお邪魔しました。 芦安駐車場  (Ashiyasu Parking lot) In the previous day of the climbing day, I drove to parking lot in Ashiyasu . Driving to this parking lot was scary because it is a drive alone in the narrow and dark mountain path. However, in the parking lot, there were many climbers already parking there in 10:30 pm. A morter cyclinst was even sleeping on the ground with sleeping bag. Oh, that looks cold. I wrapped into a blanket, slept while listening a ukrere sound, strum, strum, and strum.  前日10:30pm頃、 芦安駐車場 に着く。芦安に行くまでの道は暗くて狭くてかなり怖い。 しかし芦安第二駐車場に着いたら、多くの車が同じことやっていて安心した
Read more