September 15, 2014
(A Japanese Chopin fan, traveling alone to Warsaw, Poland for the first time)
Summary of the day: " Nocturne is not about complete darkness."

I reserved train to Krakow, leaving Warsaw 6:20am, and leaving Krakow 6:45pm to come back in the same day.

PKP train had snack service of drink and that wafer chocolate.
Also, PKP train had a family car, with play ground. I think Japanese bullet train should do this, instead of accusing mothers for making their babies cry in the train.

As soon as I got off train Krakow sta on the side of old town, I noticed the city was very weighed on tourism. Some tour salesmen on street talked to me "Konnichiwa!!" in Japanese. How did you notice my nationality!? Wow, they were professionals.

There were many, many tour groups walking around. It was Thursday. I can imagine how this place would be in weekends. Maybe Krakow is equivalent to Kyoto in Japan.

I stopped by St. Mary, but the place was not open for non-prayers until 11am, so I walked to Wawel castle. The Wawel castle have pretty tricky ticket system. I can get just a part of the castle tour, and there was  number limitation to sell ticket in given days. Also, purchasing ticket on the castle give a ticket for tour starting 4 hours later. I got "Royal Apartment" ticket, for 25zł before 11am, but the tour start from 14:15, I cannot get in before that predefined time. I learned I should reserve ticket beforehand.

After getting ticket, I went back to the old town taking a glance on souvenir shops... thinking things are more expensive than in Warsaw... and decided to have lunch.

Look! Look! Egg yorks are orange! AND they serve raw yorks! Just like in Japan! 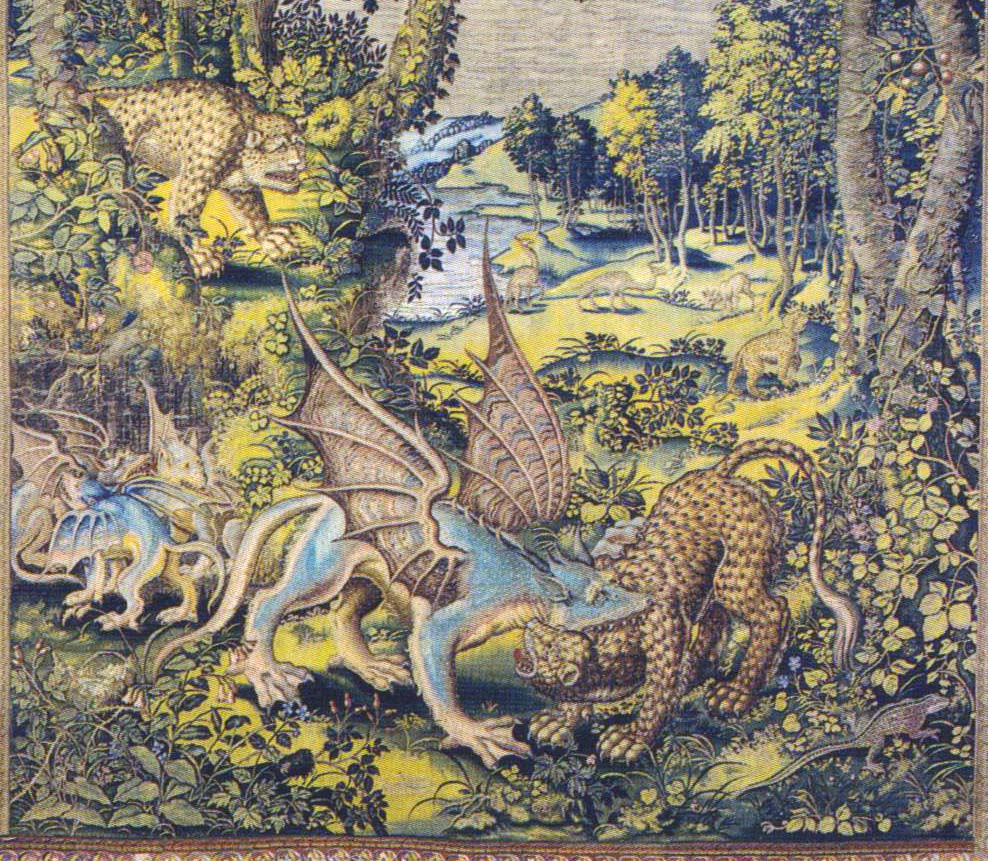 The Royal Apartment tour in English was great, but I was not allowed to take photos.
Some of those old tapestries from Renaissance time had gory, bloody description of animals killing each other. Interesting. I like how we did not have PGs in art in old time.

I got this post card at the shop, liking a leopard with peacock feather and human face gotten eaten by a dragon. ->


From the train to go back to Warsaw, I noticed it is not so dark for a couple of hours after sundown. The dusk time is long and sky color slowly changes in Poland, especially in farming area where there is less artificial light. Now I see how Nocturne is not about complete darkness.

The train was stuck for 30 min, at the point just 15km before Warsaw Station, so my arrival was delayed.


... out of boredom,  me scribbling
my dog and cat in the train

I had to walk to my hotel at night close to 11pm for 5 min. Honestly, I would not do the same thing in Baltimore, the nearest city from where I live. But in Warsaw, I did not feel danger to do so. There were homeless people just like any other city for sure, but they didn't look like threatening. Instead there were many securities in each exits of subterranean path, preventing homeless people coming into the path.

The pictures from that day is here:

I was exhausted from that day! I should have plan well. Next time, I will take a night of two staying in Krakow, so that I could have been to Salt Mine (Weiliczka), or Auschwits.  I would keep those plan for next year.
"Another West"