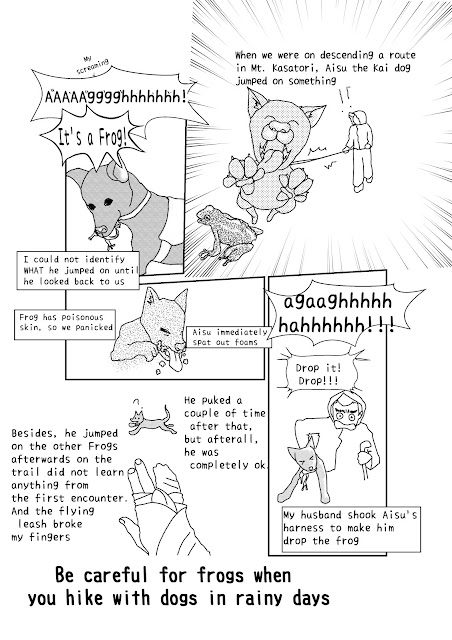 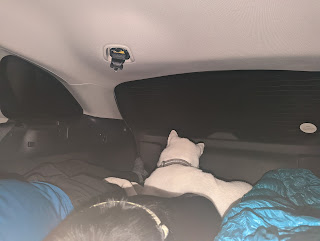 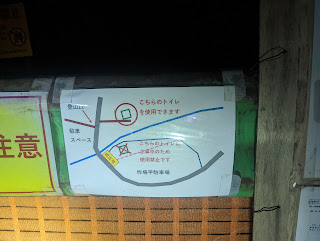 We woke up at about 6:00 a.m. as the other climbers started to park there. Since we had relatively short active time for this plan, we had plenty of time to warm up in the morning and left around 7:00 am.

We took a path to Yabusawa, although it was a big detour around the Ikkyu saka branch. This is the first time for us to stay overnight in a tent at the top of a mountain.

I packed more than my usual overnight stay in a hutt. I packed a solid 50ℓ backpack, instead of my usual 40liter lightweight backpack.

This time my family was with me, so I paced myself and we went up slowly.

I was surprised that my husband’s backpack is so big and 80 liters plus a 15 liter sub bag! 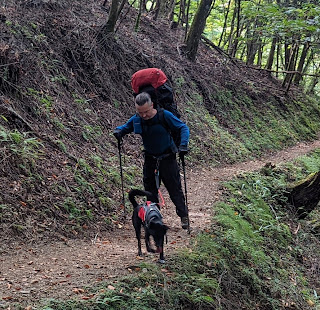 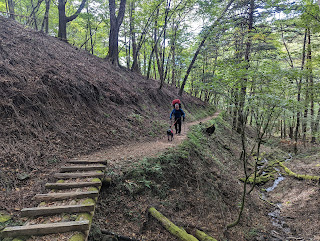 At the Kasatori hutt, we checked in for our tents first. We are glad the hut keeper is a dog lover.

We set up our tents and enjoyed a big lunch. 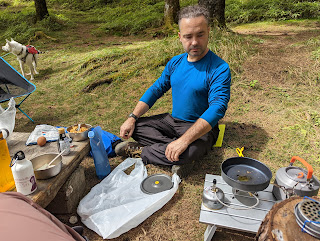 In the afternoon, we left for Mt. Kasatori.

On the way, we met a herd of deer. Aisu was very excited! 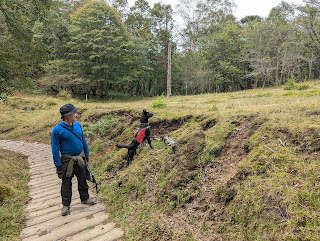 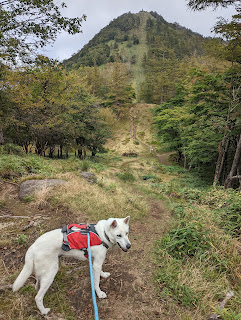 I like climbing mountains and eating sweet bean bread at the peak. 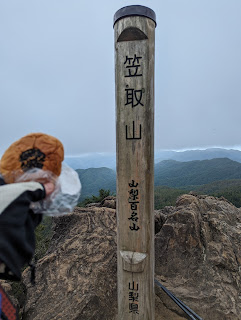 From the top of the mountain, the terrain is quite rocky, so we all had to be careful.

On the way to the summit, a man who looked like he was the leader of a group of elderly people, was losing his temper at every step the women in the group were taking. I hope I would not age like that! 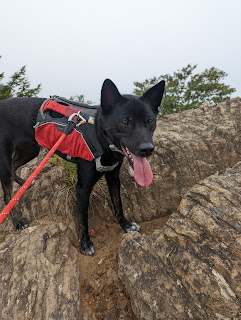 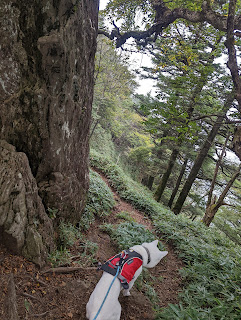 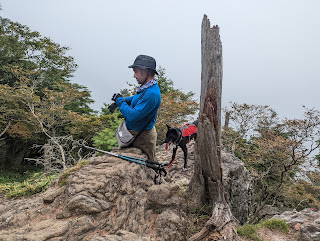 This is also the famous Mizuhi. This is the headwater spring of the Tama River. 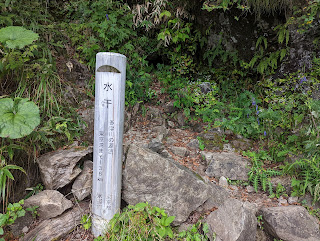 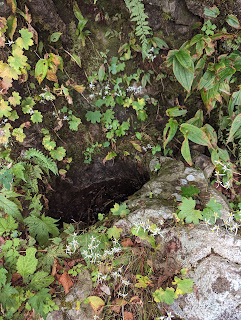 We returned to the tent and took a rest. 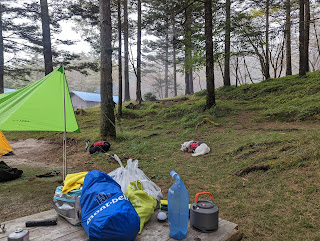 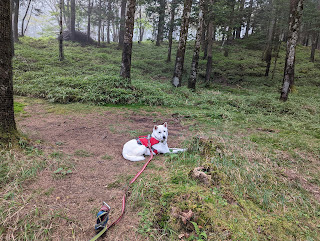 At night, the fog was so deep that the powerful LED flashlight was of no use at all.

Ichinose valley at night has a legend of Oiran buchi, which often appears in ghost stories.  It's nice and quiet. 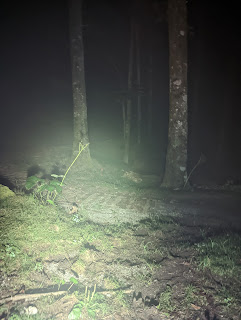 Outside, the temperature drops at night, but inside the tent, the body heat of two dogs kept us warm. 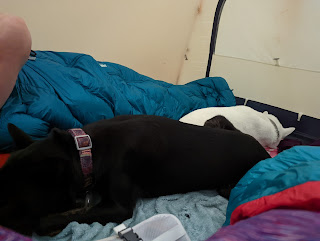 The rain was pouring down. We descend with care for our steps on muddy paths.

Then, as in the cartoon at the beginning of the story, Aisu jumped on a frog that came out of the bushes.

You can't eat the frog. Don't eat it. No, though their leg muscles are tasty in fact, but their skin is neurotoxic, so you have to properly remove it if you eat them.

I desperately tried to make him drop it. But he bit it with his teeth a bit deeper than supposed to. He started to spit foam from his mouth.

Here, we consider the worst case scenario. What should I do if Aisu gets unmobile?

However, Aisu quickly recovered and calmed down and show face to me, "Huh? You're not coming down this mountain?"

It seems that the frog he bit earlier was not strongly poisonous.

Still, after a while, he was vomiting the contents of his stomach, and each time I saw that, I started to consider, "Down in Koshu City, find a vet....

In the end, Aisu was fine and we all were able to come down the mountain safely, but on the other hand, he did not learn his lesson at all. I met the frog twice after that, but both time Aisu pulled leash jumped on them with monstrous strength.

I was already watchful and tried to see around looking for frogs, so I was able to prevent his leaping and biting from happening, but Aisu's monstrous power when he found something was so great that I had to use my maximum power to keep him away from those frogs. As a result, I broke my fingers.

At Sakubadaira. Meanwhile, Tomoe, a Kishu dog, is very understanding and helpful. 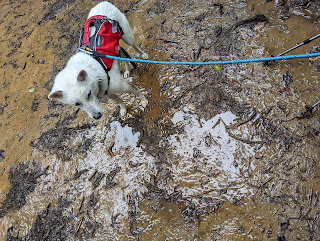 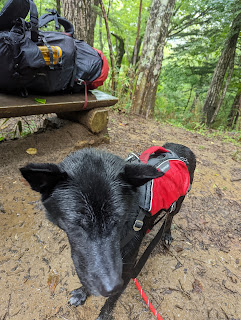 BTW, this is our family crest.