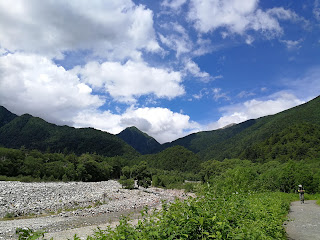 I used red-eye bus from Shinjuku station in the previous day.

(Unrelated to the subject, just like other grand central bus terminals in any big cities at night, I gotta say, ladies bathroom was filled with sex workers changing clothes and making up, taking facet area, keeping everyone from even washing hands at Shinjuku Bus-ta) 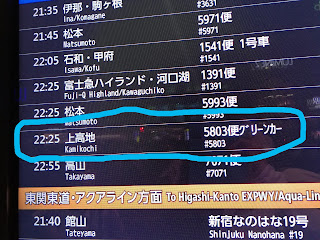 At 5:20, I reached Kamikochi and started walking up. Before reaching to Yoko-o, it started raining.
I covered up myself with rain-gear at the bathroom in Yoko-o, then started walking again. The course I took (Yarisawa course) have perfectly placed bathrooms, which I have not seen in any other mountain area where everyone have to compromise their civility for nature calls. 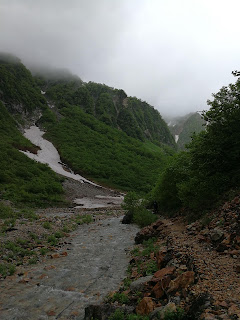 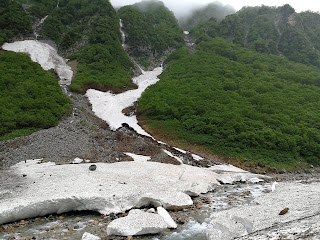 The rain was light at that point.
However, it started harder after passing Yarisawa hut, I didn't want to go back to Yarisawa hut, so I kept walking up.
I heard rumbling thunder, rain changed to sleet, at the point I had to wear crampons to walk on snow. Partially pathes were covered with streams of water. There were another 2 people walking in the same cause as me. I briefly chatted with them and told I would change my plan and run into Sessho hut rather than exposing myself to the danger of hitting by thunder any longer. Sessho hut is located at the point 30 min shorter walk than my original destination of the day, Yarigatake Inn.
One of the hikers did the same thing as me and chose Sessho hut. It was 14:30.

The place is not so big, but it was so nice to be dry, and NOT getting hit by the thunder. They provide basic mountain needs. Food, bed and protection from harsh weather. Just like usual mountain huts, no bath nor flowing water in toilets. 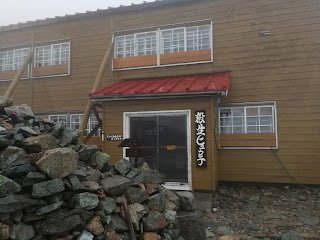 Apparently, big typhoon were unexpectedly hitting the area. There were another 2 people staying the in. These people said they stayed in tent up there in Yarigatake Inn  yesterday.
They repeatedly said they were surprised I walked up from Kamikochi by myself. In this country, still solo hiking women are considered to be wacky, I guess.

All lights turned off at 8 pm, and breakfast is 5:30 am. It's the mountain life.

After breakfast, I started walking toward the destination Yarigatake at 6:00 am. It's just 30-40min walking on piles of rocks.


The weather was completely fogged, but not raining, nor storming, unlike the previous day. 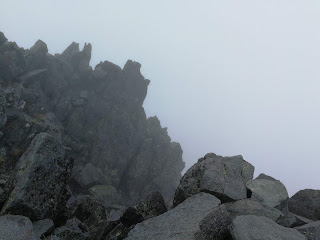 Yarigatake climbing require some rock wall climbing. I am usually ok for this. However, the whole pointy rocks got gust of wind mixed with watery mist in that morning, so my heavy duty climbing gloves lost grip, and my climbing shoes got slippery. I got soaked (again), I was scared hell out of that!

So, in the middle of climbing path, I was resting a bit, was in the thought of  I might want to go down. However, the 4 other people came up, and I was encouraged to try going up by them. 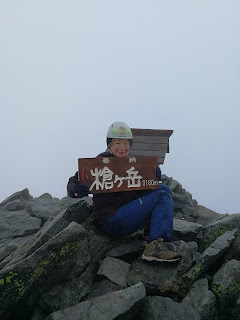 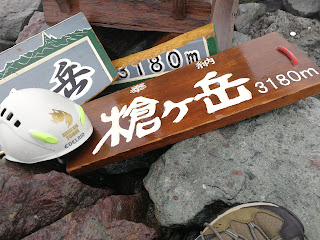 For all people who wear glasses: If possible, use contact lenses when you go to mountain. Particularly in the bad weather, your glasses would fog up and would be hard to see anything.
It is important in the mountain to be able to catch paths, and any marking for climbing up/down rocks.

Due to the weather, nothing was visible, unfortunately. But I was happy to be at the top of this noble mountain with sharp air of solitude.

I stopped by Yarigatake Inn to get some coffee. I met the guy who shared path walking toward the Sessho hut in the previous day. He said he stayed in his tent under that storm yesterday. whoa.
I went back to the Sassho hut  to pickup my backup and changed my clothes to dry ones. 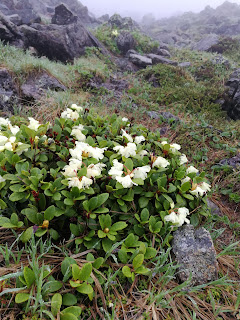 I started walking down the same path around 9 am. First, I thought I would stay one more night, probably in the mid point Yarisawa hut, so that I can take time to walk around the mountain. However, I reached the mid point Baba daira camping site around noon, which was a bit earlier than I expected. So I calculated backward and realized I could catch the bus to go back to Tokyo area today.
So I decided to do so. 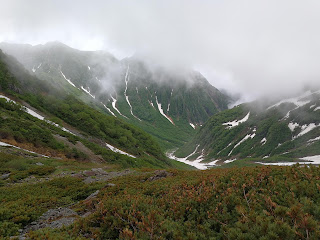 It was present weather to go down, including Yarigatake area in my back. People climbing at this point probably could see great view from the top there. I was jealous. Darn for me, but I am hoping for the next occasion. 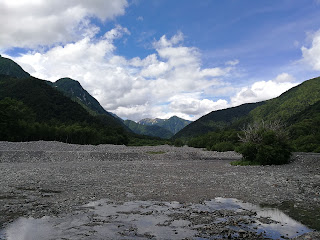 Having said that, I witnessed a rock of the size of refrigerator was rumbling down the snowy hill far behind of me in the other valley. I was glad that is not happening in the valley I was walking!

Since temperature was going up, there were lots of bugs flying around to bother my face. When I had some snack of almonds, I think some bug jumped into my mouth and added protain supply to my snack. ew. I should have bring those protection net drape to attach on my cap.


I arrived Kamikochi bus tarminal around 16:10.
I was to use coin-shower at the Kamikochi bus terminal, but the place closes down 15:45, so I missed the shower. Darn for me again. I quickly changed my cloth at their bathroom. Since I was in hurry to make it to the bus, I left my running hat. Darn darn for me again twice!

My bus left at 16:45 from Kamikochi (not so hard to get ticket, considering it was Saturday) and Express train to Shinjuku left Matsumoto at 19:21.

Conclusive thought: I thought I basically like to be solo. Particularly I avoid hanging around with conservative people who think my family members are not normal therefore somewhat disturbing their life. Illogical.
However, I realized how existence of random stranger I meet in mountains are encouraging for me to go forward in harsh situation. This means I do mentally rely on these people. Meaning, I don't necessarily love being solo. Nonetheless, I think this solo trip was gain for me. 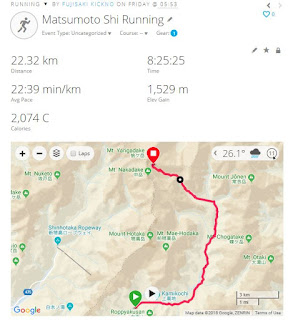