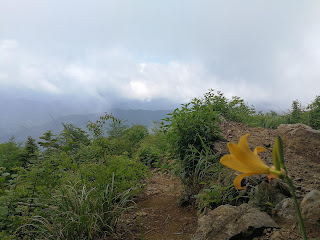 I left my car at 5am, in a parking lot around Okutama station for 1200 yen, the same place as the other time, right next to Okutama city office. 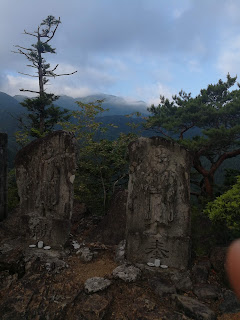 Tengu statue was set between Nokogiri mountain and Atago hill 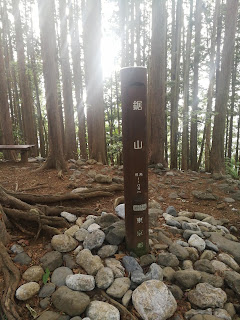 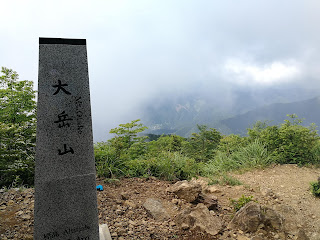 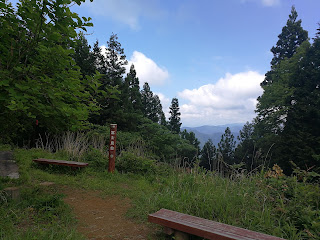 The view from Mt Otadake was not perfect as promised, but very likely it would have been better 2 hours later than I visited. 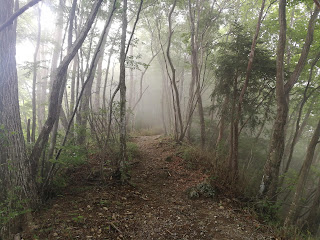 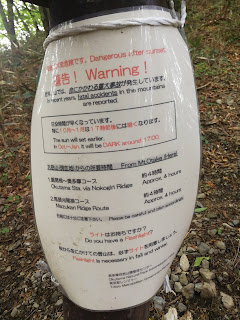 There were many warning regarding day lights and bear apparences.
I always appalled by those conservative mountain administration putting signs like these.

These are parfect example of absense of audiences' point of view.

Prepare lights, prepare bells for danger of whatever! Ok, then what do you expect readers to do here?

The audience are in the middle of mountain. If you set this kind of notice, either set it at the station with storefront, or set here with vending machine! 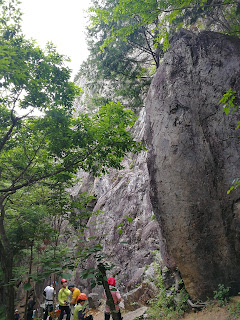 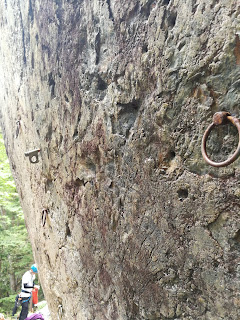 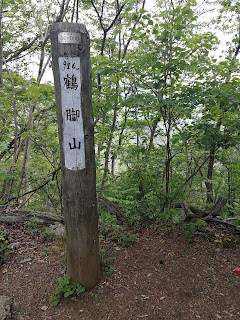 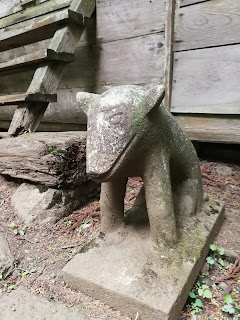 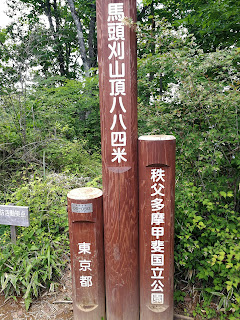 Mt. Komyo had a little shrine with Ontake san's dog. 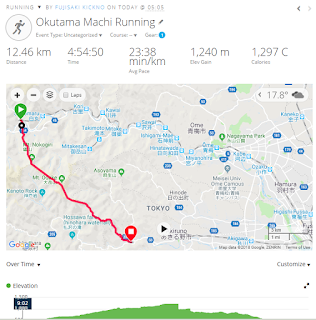 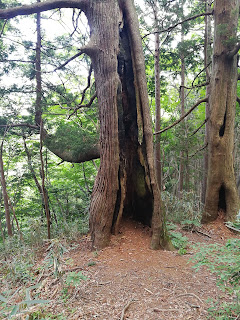 On the way to going back to Okutama station to pickup my car, I saw a group of young girls with obvious camp gear, heading for Okutama station, looking at maps to Mt. Kumotori.

That was at 2 pm in afternoon. It is too late in the day for entrance to the route to Mt. Kumotori, which would take at least 5-6 hours to the top. I hope they will stay a night tonight in the outskirt area.